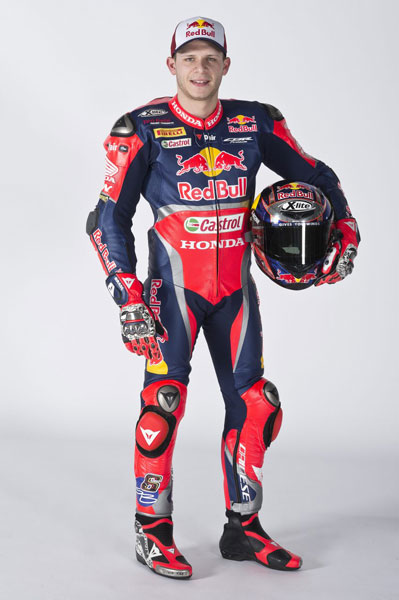 The first time I was on a motorbike my dad had to hold me, otherwise I would have probably fallen off. I was four at the time – on a HONDA QR50 Cross Pocket Bike – and I remember at first I was afraid of the immense roar of the engine. I am happy to say that I can complete the laps on my own now in the MotoGP class, without my dad having to hold me on the bike. Nonetheless, in addition to all my great fans, my dad and the rest of my family constitute the biggest support I could ever ask for.

Stefan is a cheeky Bavarian through and through. Born on the 29th November 1989, as the son of Gisela and Helmut Bradl in the quiet town of Augsburg in southern Germany, Stefan still lives there today. He spent the duration of his school life in Augsburg – sitting in the back row so his teachers wouldn’t notice Stefan doing what he liked to do during most the day: dream about racing! Contradicting his efforts today, as a pupil Stefan only did what was necessary and never more. Result: German and English super – math, well… let’s move on. But even his modest math skills did not stop Stefan from making it into the MotoGP; to do what he had always dreamt of as a boy: win races. Above all, Stefan loves his mom’s Bavarian cooking – but never says no to pizza and pasta variations. On his playlist you will find bands such as U2, Nickelback, Red Hot Chili Peppers and Linkin Park. He is a big James Bond fan and fancies a game of Gran Turismo 5 and of course his favourite, MotoGP on Playstation! 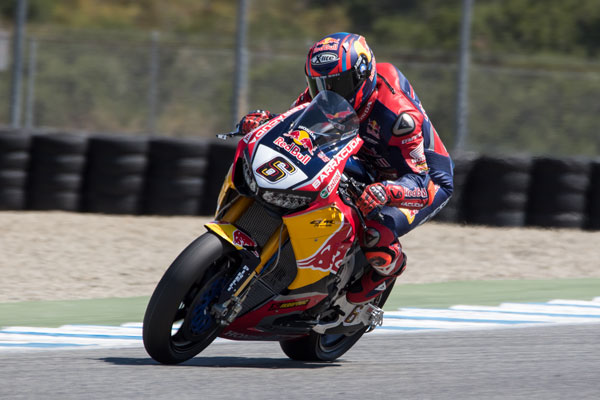 The love for racing that runs through Stefan’s’ veins is inherited from his father. From the late 80‘s to the early 90‘s, Helmut Bradl belonged to some of Germany‘s best motorbike riders. As his son, Stefan finished his first 3 Grand-Prix rounds in 2005 as a wildcard rider. In 2006, he finally celebrated his debut in the 125-cc class. From then on, things really took off. Despite a severe broken leg at the end of the warm-up session for the race in Malaysia, Stefan was placed on a factory bike in the 125-cc class by Honda for the 2007 season. After many test kilometers, Stefan decided, for personal reasons, against the Honda factory machine – he would instead start in the Spanish National Championship, and win it. Thanks to this success and thanks to the Aprilia Team, Stefan was given the chance of a wildcard entry for the world championship. 2008 Stefan joined the Kiefer Racing Team. The outcome: two wins, six podium finishes, and a strong fourth place finish at the end of the season. The expectations increased for the 2009 season, but because of bad luck, Stefan was unfortunately not able to meet them. Stefan finished the season with a disappointing 10th place. 2010 the Moto2 series was introduced. Stefan and the Kiefer Racing Team directly stepped up into this higher class. Thanks to Stefan‘s consistency and his ability to keep a cool head, the 2011 season was a great success. He started the first five races from pole-position, brought in 11 podium finishes and four wins, making Stefan the first German World Champion since Dirk Raudies – and the youngest of all time. After the last race of the season, Stefan was allowed – as fresh Moto2 World Champion – to test the LCR Honda RC212V on the Valencia race course. He impressed the team owner, Lucio Cecchinelo, so much that he took Stefan under contract for the MotoGP premier class. 2014 Stefan joined Forward Racing but the Swiss based team suffered considerable difficulties after one thrid of the season. Stefan was able to leave them to move over to Aprilia Racing Team Gresini from halfway point on where he proved as an outstanding developement rider for the next one and a half year. Since the end of the 2016 season, however, Stefan changed the series to fight for world championship points with Red Bull Honda World Superbike Team in the FIM Superbike World Championship.

The first German Motorbike World Champion in more than 15 years 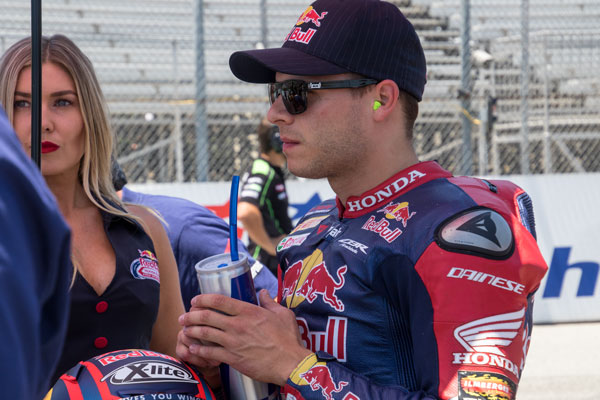 2005 – Initial experience in the Grand Prix circus in the 125-cc class as a wildcard racer. 2006 – Debut in the 125-cc class as a serious racer. 2008 – Stefan Bradl joins the Kiefer Racing Team. With two wins and 6 podium finishes, he completes the season with a strong fourth place finish. 2009 – Stefan finishes the season in tenth place and therefore fails in the battle for the title. 2010 – Introduction of the Moto2 format. Stefan and Kiefer Racing step up into this class, and with 11 podium finishes, 4 wins and only one fall, Stefan was directly crowned champion. Stefan is therefore not only the first German who has won a world championship since 1993 – he is also the youngest German rider to win a world championship. 2011 – As a reward for his consistency and good performance, Stefan gets the opportunity to test the LCR Honda RC212V in Valencia. The outcome: Lucio Cecchinello, from the Italian team LCR Honda, takes Stefan under contract in the premier class without hesitation. 2012 – After a weak qualifying, Stefan impresses with a strong fifth place finish in rainy conditions in LeMans. Stefan’s highlight, and probably strongest race of 2012, would take place in Mugello, with a fourth place finish and an impressive battle for a spot on the podium. With his home crowd behind him, Stefan manages to withstand the pressure of a strong Valentino Rossi just a few weeks later on the Sachsenring: “That was awesome!” 2013 – Second season in MotoGP™, highlighted by Stefan’s outstanding performance in Laguna Seca / USA with his first pole position and second in the race. 2014 – Riding Honda’s RC213V for a third year. 2015 – At halfway point of the season, Stefan moves from Forward Racing to Aprilia Racing Team Gresini. 2016 – He proves as a valuable developement rider to continue for another year with the Italian manufacturer. 2017 – Stefan changes the series with Red Bull Honda World Superbike Team.